The energy sector in Castilla y León is closely related to the production of electricity.

In the past this generation of electricity was associated with the use of national coal, currently Castilla y León is the first region of Spain in production through renewable energy.

The organization or basic structure of the Spanish electricity sector is divided into four types of companies for each of the following activities: generation, transport, distribution and marketing.

Of these four divisions, there are three organizations that "move" electrons through the electrical network: generation, transport and distribution. The fourth type of organization that completes the current basic structure of the Spanish electricity sector is the marketer.

The difference between renewable and non-renewable sources is as follows:

Castilla y León is the first region in the production of electricity through renewable sources, thanks mainly to wind energy and hydropower.

In Castilla y León, electricity is produced from non-renewable sources with technology that uses coal. Until 2013 also through fission nuclear energy.

The mining of coal in Castilla y León has suffered between 1994 and 2009 a fall in direct employment of 5,964 workers, which is multiplied by three and five if one considers the indirect and induced employment lost, respectively and a decrease in population in the northern regions of Palencia and León by 25% between 1991 and 2010, being a key sector in the local and regional economy due to the multiplier effect in the subsequent activities of its value chain (see CESCYL report on the theme, among others).

Nowadays [june 2018] in our region, approximately 300 miners work in coal mining in the northern provinces of León and Palencia, and several of the four coal-fired power plants to produce electricity located in our territory have requested closure.

The effect of anchoring the workers of these two activities to the rural environment of our region is enormous, an aspect that will be lost if the final closure of these thermal power plants and the disappearance of mining occurs.

To these ceases of activity it is necessary to add the stop of the power station of generation by means of nuclear energy of Garoña in the province of Burgos since 2013. The denial of authorization of continuity of the Garoña reactor was firm in August of 2017, by What this plant currently faces is the dismantling and decontamination project with safety. 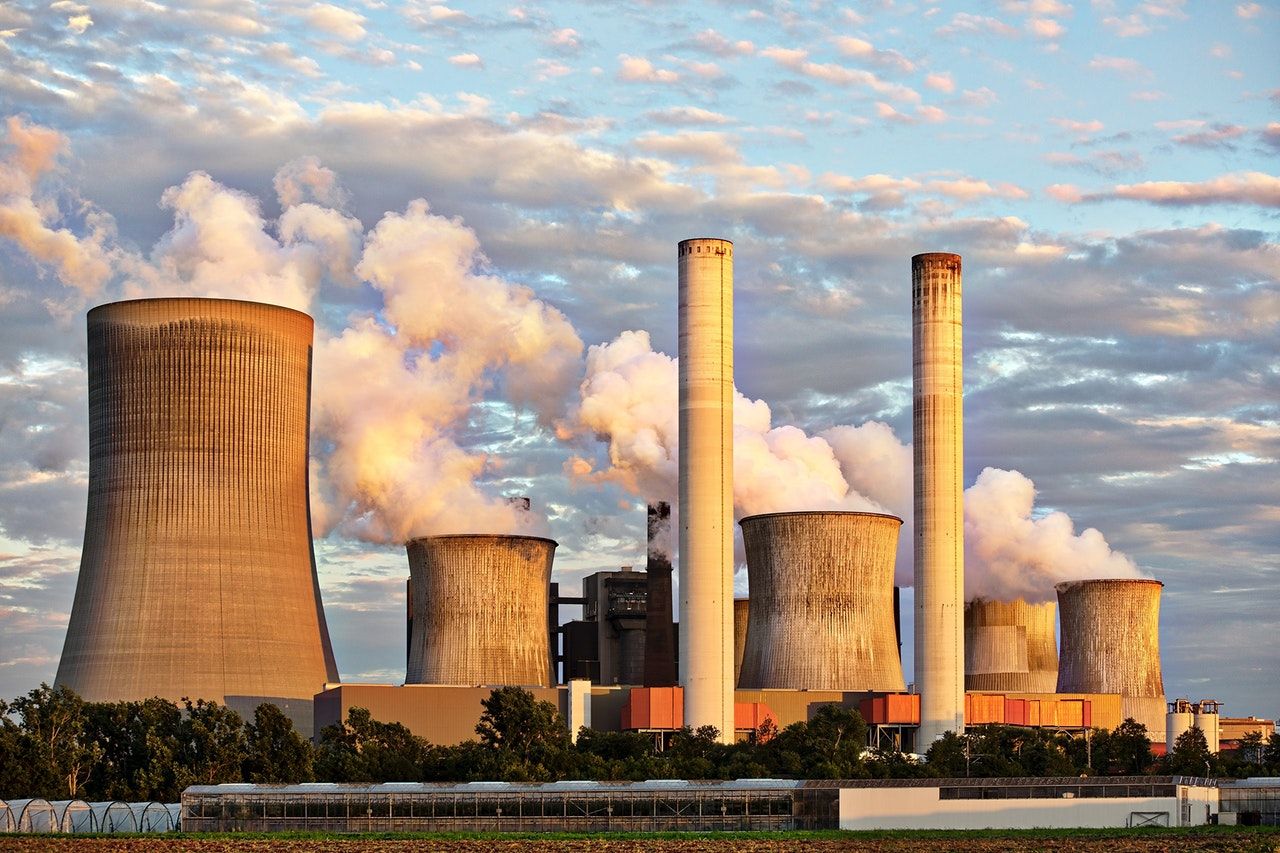 Tabla: Coal-fired power plants in Castilla y León
Source: Own elaboration based on data from the second quarter of 2018

The transport of electricity consists of a large network interconnected throughout the territory, formed by large metal turrets that we can see in our territory, which carry energy from generation to points close to consumption, called transformation centers. It is done in high voltage because electricity is transported with less losses.

This activity is carried out by Red Eléctrica de España (REE), a company whose shareholding is 80% private participation and 20% public.

Distribution in Castilla y León is a function managed in most of the territory of our region by the company IBERDROLA DISTRIBUCIÓN (https://www.iberdroladistribucion.es), a company that is part of the Iberdrola Group.

In the northern part of the provinces of Burgos and Palencia the distribution is managed by the company VIESGO DISTRIBUCIÓN ELÉCTRICA (https://www.viesgodistribucion.com).

These distribution companies belong to large groups of vertically integrated electricity companies, that is to say that they include among their functions all the segments of activities of the electricity sector: generation, distribution, reference marketing (formerly known as Last Resource Supply) and liberalized marketing.

These large groups of electric companies make up UNESA, the Spanish Association of the Electrical Industry, formed by:

In addition to the distribution companies of these large business groups, in Castilla y León we have many other distributors (up to 23 companies according to the list published on the website of the CNMC) for small territories such as:

Some of these traditional companies that were owners and managers of local distribution networks have disaggregated their marketing activity of the management of distribution networks, as established in the legal framework of the sector (Law 54/1997, of 27 November, of the Electricity Sector, and Law 24/2013, of December 26, of the Electricity Sector) such as, for example, ADURIZ DISTRIBUCION SL (distributor) and ADURIZ ENERGIA S.L. (marketer) or SERVILIANO GARCIA S.A. (distributor) and ENERCOLUZ ENERGIA S.L. (marketer). 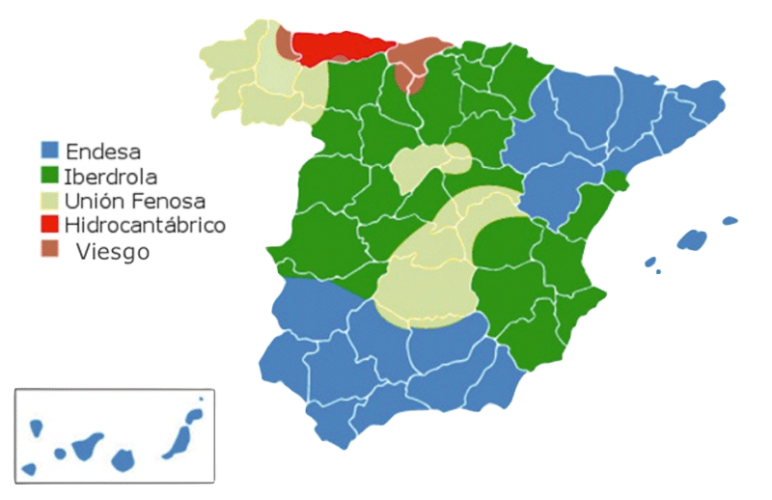 Map of the ownership of distribution networks in Spain
Source: SOM ENERGIA based on data from the distributors themselves

Physically, energy comes to our homes thanks to the assets managed by the three types of companies mentioned: generators, the system operator (transport) and distributors. However, we need a fourth that is responsible for representing us in the wholesale electricity market to make the purchase of electricity on our behalf, anticipate our consumption, send us the bill for the expenditure of electricity we have made and a long etcetera. This administrative work is carried out by the marketer.

Castilla y León has the only oil extraction field on land: "Lora" in the town of Ayoluengo (Sargentes de la Lora - Burgos). Since January 2017 the extraction activity in this field was stopped and in March 2018 the Ministry of Energy published the extinction of the hydrocarbons exploitation concession to the company Petrolífera de Sedano SL, the current owner, with the idea of ​​convening a next contest to award a new exploitation concession in the area with a view to a future use.

In this extraction field there was no refining station. The hydrocarbons that were obtained in this crude oil served directly as fuel to an industry in the area.

The other oil extraction fields existing in Spain are in the Mediterranean Sea.

BUSINESS ASSOCIATIONS RELATED TO THE SECTOR

In the following sectoral business associations you can find more information about the energy sector at regional and national level.

BASIC INDICATORS OF THE SECTOR

Indicators on the activity in the energy sector can be found updated in the following links to sectorial web pages.